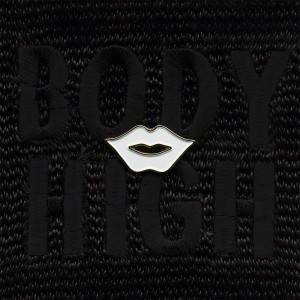 Whether or not an artist delivers a strong album, name checking a landmark album as a key influence is an automatic “Catch-22.” Either the artist whiffs, and becomes an example of “what not to do” for future fans looking to mine the material, or they follow through, and pale in comparison to the album. To re-envision that album through an entirely different genre’s lens is equally a bold and risky venture. Samo Sound Boy, who moonlights as one-half of DJ Dodger Stadium, and co-runs the rising LA-based label, Body High, is the rare artist to come out mostly ahead in these circumstances with Begging Please.

Working in a mold similar to that of DJ Dodger Stadium, sustaining and crystallizing the climax into a slow-motion endorphin rush, Begging Please is less melodically thrilling, but staggeringly immediate in its control of tone and mood.

Here, the use of soul samples becomes more than a hook. They become totemic, a key aspect of the dialogue between the music and ongoing narrative. The bank of samples becomes a marker for both the progression of a relationship and the underlying emotional basis for any given track.

“Baby Don’t Stop” begins with a gliding keyboard and cymbals that could begin an Omarion song, but just as in a relationship, that sense of control is ripped away minutes in as the synth juts through the song, and the robotically sensual sample washes everything away. “Feel Something” is even more indelible with its burbling synth and a rhythm section that pares New Jack Swing’s seesawing lurch down to its most elemental, perfectly mimicking those butterflies in the honeymoon period of a relationship.

But there’s just as much power in the evocations of pain as joy on the album. “What Can I Do” revels in the frustration and powerlessness that comes with an inability to repair a gash in a relationship. With each measure of pistoning drums and wailing synths, it swells with desperation, and those samples that used to pulse with energy now wane, curdling and limping. “Begging Please” is even more intense with its vamping keyboards and mid-song break that conjure a biting argument with two synth melodies in concert with each other.

Even with only a two word sample, it’s achingly poetic.

Samo Sound Boy, aka Sam Griesemer, uses Marvin Gaye’s seminal post-breakup album Here, My Dear as both a structural and emotional blueprint for his debut, which chronicles Griesemer’s last relationship. From the bubblegum highs of “Feel Something,” to the crushing resignation of “Begging Please,” the album is a guttural spectrum of raw passion set to music that is more often reserved for moments of lovelorn ecstasy than as a complex map of feelings. Begging Please lives and dies on its own merits, but Here, My Dear’s particulars are relevant to the album at hand.

In the context of that 1978 masterpiece, Gaye had just gone through his own personal apocalypse with a failed marriage, and bared his soul in the studio to make one of the rawest, most caustic and heartbreaking records of his entire career. Like Gaye, Griesemer couldn’t shake the pain of a failed relationship, and set out to make a reflection of his experiences.

Like Here, My Dear, Begging Please is hyper-emotional and linear, but entirely uninterested in the details that make up the high and low points of the relationship. Instead, each song is an unadulterated capsule of the joy, sadness, anxiety, and helplessness expressed through the language of house and soul. The album pulses with rising tide climaxes and synth horizons, and it’s loaded with the type of “feel good” samples that have been the engine of the genre for decades, but both the sounds and sample choices are used in colder, sharper, and more poignant fashions. By the end, even familiar, usually comforting musical flourishes (like the triumphant midi horns throughout closer, “You Come For Me”) become daggers with the knowledge that they mark the impending end.

And yet, even though it works so strongly in doses and moments there’s something overwhelming and exhausting about the album in one sitting. Granted, this is the same sensation that accompanies listening to Here, My Dear, but Begging Please is almost too concentrated. Even though there is a clear tonal progression, it’s too pat with the album separated cleanly in half of shades of joy and sadness. That’s partly elided through the closer with its mixture of bittersweetness and melancholy, but once the tide turns from the rise to the fall of the relationship in the course of the album, the album becomes less surprising and wrenching. And, after all that exhilaration and pain has subsided, it doesn’t quite stick in your throat as a whole the way that bad breakup should. It’s all about those random moments.