Home → Album Reviews → Nick Urb – Until The End Of Days

Nick Urb – Until The End Of Days 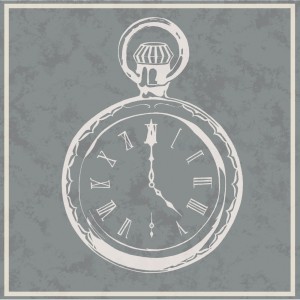 It’s hard for adult contemporary singer-songwriters to stand out. Because their music must appeal to everyone from high schoolers to middle-aged moms, they have mass commercial potential, but the competition is fierce. To make waves, artists either need to write excellent, catchy songs (Jason Mraz, Damien Rice) or have a signature sound (Ed Sheeran with his loop pedals and hip-hop influence). Nick Urb achieves neither on Until The End Of Days, which is the Kirkland brand of acoustic pop without the benefit of saving money. There’s nothing to hear here. Still, for the sake of your entertainment, I’ll go into the gory details.

First, there’s Urb’s voice. There’s so much breath in it that it feels like he’s French kissing my ear. Tongues don’t belong in ears! Ever. It’s creepy.

At the same time, his whispers make him sound so sincere, as if he’s sharing some wondrous secrets of the real world. This would be excellent if he had the power of Bono or the cutting poeticism of Sufjan Stevens, but the majority of his lyrics sound silly, cliché, and flat-out predictable. If these are the secrets of the real world, I want to take the blue pill and go back to unconscious Matrix bliss, Morpheus.

Take, for example, “This World,” which is perhaps the worst offender among a big, bad crew. Nick Urb talks about a revolution, some sort of uplifting feeling (love, duh) that will bring an end to the angst he feels upon realizing that — surprise! — society is kinda shitty. But “This world is driving me crazy/This world sets my heart on fire/It’s being destroyed from the inside/It’s time we stand as a choir” inspires me to stay firmly rooted to my chair, particularly delivered in Urb’s punchless, saccharine voice. And that’s not even to mention the little pop-punk radio effect snippet he throws in at one point — the single most disgusting music moment of 2016.

He couldn’t start a revolution if he took PCP and ran through a police station stabbing cops.

Most of the other songs have the personality of the cute, disarming guy who gets a lot of first dates but ends up being totally uninteresting. When he tries to wax poetic, he falls on his face. “You’ve got beauty in spades, hair like tidal waves,” Urb whines in “Everything and More” (which excited me at the beginning because the guitar sounded a little like “Paranoid Android”). Tidal waves are among the deadliest natural disasters known to mankind and are not romantic at all. Nice try, Nick.

Urb’s asinine lyricism is backed by the least imaginative instrumentation and production of the year. Until the End of Days is a hodgepodge of predictable piano and shiny acoustic guitar veneers, entirely devoid of catchy hooks. I can’t remember a single top line melody, even after listening to the album three times. Urb has created ten songs as cheesy as Owl City, only without any of the memorable imagery and lacking the experimental sensibility of Adam Young.

I’ll give exactly one song some measure of credit: “Routines,” the album’s closer, builds a pretty sonic atmosphere that swells in accordance with Urb’s voice. But it’s not worth your time to plunge through the first nine empty tracks to get there.

Nick Urb – Until The End Of Days tracklist: