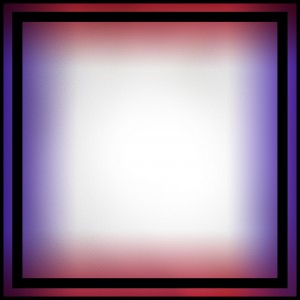 “Oofj” is the sound one might make after an initial listen to the new electronic album Acute Feast by OOFJ (short for Orchestra of Jenno). The LA-based Danish/South African duo of Jens Bjørnkjær and Katherine Mills Rymer has an entrancing, eerie, and cinematic sound. Rymer’s voice is simultaneously operatic and sultry, and Bjørnkjær’s instrumentation is frantic yet harmonious. Acute Feast is sexy, evoking imagery of old black and white film through the orchestral strings, but the electronic pulses and rave-like beats add an edge and narrative flow. OOFJ created an aura of seductive nervousness; the rhythms conflict with the sensuality of the vocals that carry the peculiar and story-like album.

Rymer’s high-pitched siren voice guides the album, though the way her singing echoes throughout the album nears creepy because of her pitch and minimalistic lyrics. On “I Forgive You,” she repeats “I forgive you, like I’m supposed to,” to an uncomfortable end. Rymer doesn’t exactly narrate the album, but the flow of Acute Feast has moments that parallel narrative climaxes and resolutions; the beats and vocals provoke listeners’ imaginations with a storyline flowing track-to-track.

Sultry feelings come through explicitly, such as on “Snakehips.” Rymer breathes, “Come on move your snakehips/Come on spin it around/Rub your leg in between/Move your snakehips around/Lose your tongue under mine,” over a synth-heavy beat that flitters in the background. It has a danceable quality that is both upbeat and fun, while slithering and provocative.

All the album’s beats are delicious, particularly “You’re Always Good” and “Wolves.” OOFJ tends to use orchestral instrumentation, manipulated with techno beats. “You’re Always Good” begins with strings before the beat is dominated by electronic production. “Wolves” has a clubbier vibe with a pulsating beat. OOFJ is similar to a less-trappy Purity Ring, a less out-there version of Portishead, or a more experimental CHVRCHES. OOFJ is a bit weird, but not at all off-putting.

The duo is accessible, but still risky and bizarre, which makes listening to Acute Feast very pleasurable.

While each track on the album is engaging, flowing as a whole, it isn’t stick-to-your-ribs sustaining. It leaves listeners hungry for more depth or complexity. OOFJ makes interesting, dark beats with gorgeous vocals; the band knows how to stay simple and flesh out one idea very well. The final track, “Stephen Says,” is primarily acoustic with strings and vocals. It changes the pace of the album beautifully, leaving listeners wishing there were more tracks like it.

Acute Feast is an electrifying album that arouses one’s auditory senses. OOFJ has nailed the scary and seductive balance. The beats and the vocals in unison create a cinematic image that stimulates imagination.