Home → Album Reviews → Pale Blue – The Past We Leave Behind

Pale Blue – The Past We Leave Behind 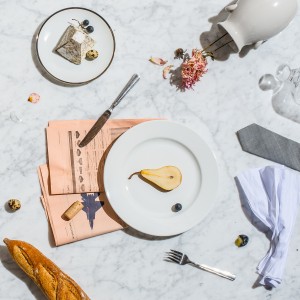 Pale Blue is the new solo project of Mike Simonetti of the label Italians Do It Better. For Pale Blue’s powerful debut, The Past We Leave Behind, Simonetti has collaborated with Elizabeth Wight, the sole vocalist on the album. The duo’s music resonates long after it’s over—the product of a beautiful collaboration. Wight’s ghostly voice is surrounded by Simonetti’s beats, taking listeners to another realm entirely. The Past We Leave Behind may be an experiment, but it’s so well executed that it doesn’t sound like one.

The album combines more ambient and chillwave sounds with house beats and cryptic lyrics. Simonetti has a background in more experimental pop, which glimmers throughout the album. On “Dusk In Parts,” the initial beat shifts to a more abstract synth and piano driven melody, and is then enhanced by Wight’s faint chant-like howls. The production of the album would stand well on its own, but is elevated by Wight’s contributions.

With some electronic music, an album can seem to repeat the same ideas over and over again, but this is not the case with The Past We Leave Behind. Each track on this album has a clear concept, and as the album moves from one track to the next, the mood shifts effortlessly; the songs complement each other so wonderfully that the transitions feel smooth even when the sonic differences between tracks are stark.

“Tougher” features an anxious beat with lyrics, “If you’re looking for love, honey, I’m tougher than the rest,” repeated multiple times amidst an abstract narrative. Once the track comes to a close and the following track, “Myself,” begins, listeners can breathe easier with the slowed, soothing pace of the new, more uplifting rhythm.

There are some outright ambient tracks on the album, such as “Rain” and “Scars,” that work beautifully with the thumps of the techno tracks on The Past We Leave Behind. One gets lost in these songs only to be grounded moments later by the heavy bass of another song.

Simonetti expertly manipulates the tracks and narrative flow of the album.

There is a consistent theme of water/waves throughout the album, that continues the idea of cyclical/continuous loss and rebirth. The name “Pale Blue” comes from Pale Blue Dot, the term used to describe Earth as it was photographed by the Voyager 1 Space probe in 1990. There is a conversation happening between tracks on the album about permanence, or lack thereof, and growth out of loss.

The Past We Leave Behind sounds like a young Kate Bush or Annie Lennox, combined with a more techo-inclined M83. It is a wonderfully engaging album—it surprises us when we least expect it, and often provokes a serious, introspective emotion that isn’t the common reaction to a dancier house beat.

Pale Blue – The Past We Leave Behind tracklist: