Home → Features → Cherry Popper → These Are the Layers of Wayne Szalinski 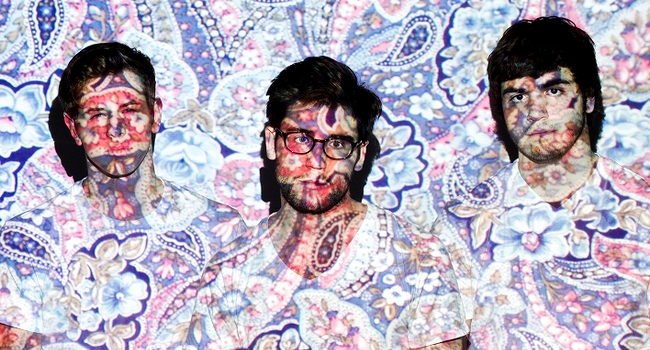 These Are the Layers of Wayne Szalinski

“We’re four individuals who are not hypermasculine by any means,” Andy Milad, lead singer of Wayne Szalinski, says—and he’s got the patterned sweater, hipster glasses, and nearly-completed arts degree to prove it.

That declaration isn’t too surprising, considering the band’s namesake: the nerdy, befuddled main character of Honey, I Shrunk the Kids.

“We never expected to have any particular success, so the weight of the band name was next to nothing,” Milad says, but it’s grown into a fitting label. “Wayne Szalinski [the character] has a sense of adventurism and innovation, which is kind of fun. We like to view ourselves as people who are trying to do new things and break boundaries in some form or another. I don’t know if we’re really trying to shrink anybody.” (“Speak for yourself, man,” drummer Nick Galli says from the back of the van, which is carrying them through Pennsylvania to the next tour stop.)

Instead of formulas and shrink rays, Wayne Szalinski (the band) experiments with complex melodies, progressive drum lines, and intelligent lyricism to form a genre-mashing sound that is by turns beautifully eerie and insidiously catchy, but always hard to define.

Perhaps the best description is mathy-indie-emo, although they hate every one of those labels. Like most bands that land even slightly on the emo spectrum, the members shy away from being pigeonholed by any one genre.

“[In] the emo scene, everyone is so trendy and to me it’s so temporary,” says bassist Kurt Roy. “There’s more to music than this little scene that’s happening and everyone listens to the same stuff and it just circles around and around.”

“I think math rock in general loses the emphasis on lyricism,” adds guitarist Andrew Adams. “It takes away the whole poetic aspect and it’s much more about how fast can you play, how technically can you play, and while those things are important, it’s not the most important part.”

The band’s first two EPs—Wayne Szalinski and Fondly Truly, both recorded by Roy—are lyrically and musically complex, marked by crisp, layered guitar lines and Milad’s signature warble. But the intricate melodies never seem masturbatory; the band practices more restraint than you’d expect from a handful of dudes barely pushing past 20. 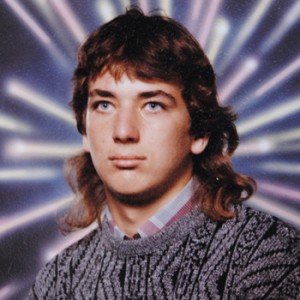 That’s not to say the guys’ youth has never held them back. In a memorable Chicago gig last August, Milad, then 20, wasn’t allowed to perform inside the bar, so he sang on the street instead. The situation turned to Wayne Szalinski’s advantage when a video of the performance made Reddit’s front page.

The same plucky attitude led the band to grace the cover of its first EP with a picture that Adams found on his driveway, of the “mysterious, godlike Dan,” pictured right. (His name was in the corner of the photo, but his background is an enigma.) Still, buried beneath all the irony is a thoughtful group.

“There are a lot of problems with lyricism and what I’d call male entitlement,” Milad explains of the genres they’re frequently lumped into, “where you get really sad because this girl won’t date you and then you write a song about how mad you are about it. It’s kind of this impression that you’re entitled to her and fuck her for not dating you, which I think is a really disgusting way to think about things.”

Though Milad says he’s failed to write anything but love songs (or, rather, relationship songs), his lyrics wallow in existentialism, not self-pity.

“‘Study in Perspective’ is about the idea that nobody will ever love you the way you want them to, and that’s a truth that I will still believe in until I die,” he says. “‘Sweetness’ revolves around that opening line, ‘Today, I exist only in consequence,’ which I think is true. I don’t know what value I have outside of the way that it affects others.”

Wayne Szalinski re-recorded the latter track for its debut full-length, which the band is keeping under wraps while it’s pitched to record labels. “These Are the Layers of Bandages” (now just “Bandages”), “Atrophy for Lethargy,” and “Some Collagist” were also re-recorded, but other than those few familiar tracks, Milad says the album won’t sound like anything Wayne Szalinski has been labeled in the past.

“When we release a full-length album, we’d like it to demonstrate that we’ve reached some sense of maturity as a band, not that we didn’t possess it before,” Milad says. “But I think now, after two years, we definitely want it to be sort of an opus.”

Part of the maturation process was ditching heteronormative love songs; Milad says the album will be primarily genderless. Though it focuses heavily on relationships, “the album’s not about one person so much as it’s about my own growth,” he says. In some ways, though, it’s about a lack of growth, or Einstein’s definition of insanity as it applies to love, following a relationship from fiery, fluttery beginning to inevitable end.

Though the band is reluctant to give away details, they say they’d like to drop the album as soon as possible.

“I would pretty sad if it didn’t make it out in 2014,” Milad says. “I think you can definitely count on it this year.”