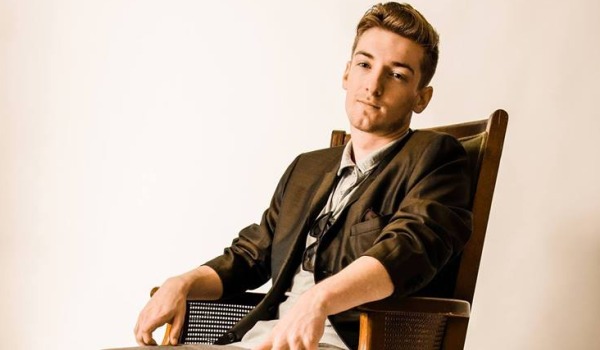 A musician can have a lot of impact on another individual, bringing joy, sadness, anger, and more to the listeners. But good music also has a message that can live beyond the artist. Music like that is hard to find, especially in the mainstream, but indie rapper, Illuminate (Nate Brownfield), from Cleveland, Tennessee, is determined to make interesting music that matters with a talent and sound that is even harder to find.

The norm for most popular rap for about the past two decades has been a tidal wave of pointless lyrics about drinking, smoking, sex, cars, and anything else that requires little thought and changes nothing in anyone’s life. All of this lies over a half-assed, unoriginal beat that adds nothing to the music. That is what makes finding an artist contributing quality music to hip-hop such a blessing.

“What I’d like to see changed [with rap] is people speak about something more relevant,” Brownfield says. “We have these artists emerging that are doing that. There’s still the artists that are just pumping out mainstream commercialized music to make a quick buck, but those are going to be the people that are forgotten in ten years. The people that will last are the Kendricks, the J. Coles, and the Nases; the people that are really saying something substantial.”

But, that’s not to say that Illuminate is all seriousness and he certainly ins’t modest in his lyrics. Take “Kamikaze” for instance. It’s not an emotional or dramatic song, but merely a display of talent with just enough positivity and individual critique in the lyrics to serve a larger purpose.

“I’m not advocating “don’t party. Don’t have fun.” I’m not trying to tell people how to live, but I am big on just being happy and enjoying life,” Brownfield says. “If I could do anything with my music, it would be to give happiness to people. I’m not saying that any of this other stuff is wrong. If I make a song about partying it’s because I like to party and I’m happy doing it. But If I was to be remembered in any way, I’d want it to be as someone who actually made a difference.”

Illuminate does have a way of lighting up a room with his interesting and unique beats along with a fun style and talented vocal speed similiar to that of Kendrick Lamar. Combined with the surprisingly high quality of production for an indie act, Illuminate is bound to blow up. only a few years ago though, he was a  high school student dabbling in rap on a computer microphone over web-created beats, focusing on a metal band that failed to pick up.

“I was very driven to be the one to set up the photo shoots and be the one to say, “we’ve got to void this other song” and all anyone else [in the band] would want to do is just sit around- typical high school band stuff. So we split up and I had to ask myself, “what genre of music can I do by myself?” That’s how I got into rap,” Brownfield says.

Shortly after, Illuminate wrote song after song, verse after verse, releasing several mixtapes and singles along the way as he began developing a possible debut album. One of his latest singles, “Expectations” is an incredibly fun and addicting song. The reggae style beat immediately gives the song a unique character along with the bouncy flow and frequent rests of the vocals. What seals the song as a stand out track is the when the verse transitions into the chorus and spins the dynamics into a catchy chant, singing, “You taking shots, but you aiming to low!” “Expectations” and “Kamikaze” can both be downloaded on iTunes or streamed through Spotify.

Whether or not Illuminate becomes a widely revered artist, his talent is clear and his songs have a way of sticking. Illuminate may be proud bringing joy to a thousand followers, but his music deserves to be shared with millions.