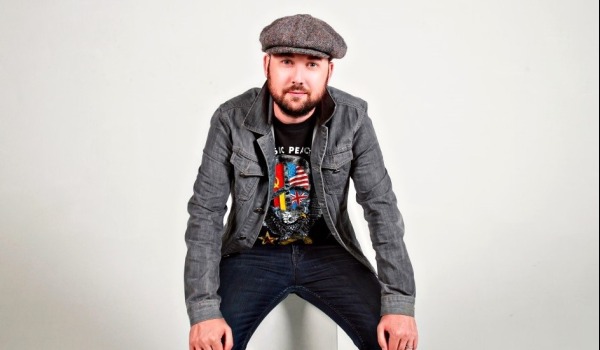 Coming to Lincoln Hall March 15, American indie rock trio, Augustines, is on an international tour following the February release of the band’s self-titled, second studio album. Preceded by the emotional, telling Rise Ye Sunken Ships, an album that centered on personal tragedy, Augustines is a light in the darkness. Pop ’stache was able to talk touring, tunes, and the most recent release with drummer Rob Allen while the band made its stop in New Orleans.

Pop ’stache: What is the most exciting thing about being back on tour?

Robert Allen: Playing to audiences. This is a bit of a cliché answer, but this is always what we dreamed of doing. We’re very lucky to be in the position where we can go and play music for people who actually care about what we do, and enjoy listening to what we do, and allow us to interact. Because when you’re playing a live show, it’s cool to get up on stage and just play, you’re having an interaction with people who are there to see you. That’s where the special part is, it’s a communal thing. That’s what’s exciting, just being able to go to all these different cities, and meet different people, and have different conversations every night, you get to go on stage, get to play our music and we get to touch people, and we get touched in the process, and it’s wonderful. The whole thing is exciting for us.

P’s: Do you have a favorite city to perform in?

RA: I don’t think that’s really fair. Every city that we play has its own little charms and the more we play them, we get to learn more about the city.

We try to do some reading up on the places we play out of respect so we know a little about where we’re going and we can talk to people about it.

Favorite place to play? I don’t know, that’s a toughy, because every place has their own little charms, some places have great clubs, great clubs, generally around the States. My favorite thing is, we’re in the south right now, and the cuisine down here is very much different from the cuisine in the Northeast or West Coast or the Northwest. The cultural difference is really fun. I don’t know if I can answer that. I’m not going to potentially mug off loads of other cities by mentioning one. I think there’s so many that we could choose from.

P’s: That’s very diplomatic of you. You guys seem to have a love affair with Great Britain, so what are you most looking forward to there?

RA: A love affair, well you know, when we started Rise Ye Sunken Ships, we did our first proper tour as a three-piece, and we got the opportunity and our music took off there and so we were able to go back often on a regular basis, and that’s just kept on going. The people of Europe, like Great Britain, Ireland, Europe, have been really wonderful to us, they’ve really embraced us and took us in.

Every time we go there we play to fantastic crowds and we have so much fun, and again, so much is just touring, we love touring, we love being on the road. It’s not for everyone, but we love it, and you get to go to different territories and different countries, it’s fantastic. What job do you have that gives you the opportunity to go and be creative? I shouldn’t even call it a job, what occupation offers lots of travel and allows you to meet different people and taste different cultures and while that’s going on, you’re entertaining people with your music.  It’s wonderful, what’s not to get excited about?

P’s: Just backtracking here, what started your passion for music?

RA: I was kind of born into it, really. My father, my father’s father, my grandfather, never met him, but he was a big band drummer, and when my father grew up, he wanted to be a drummer, but they grew up poor and never really had the opportunities, and when we saw me as a young baby, just banging away on pots and pans and tables, and some music would come on and I’d just be banging away, he knew.

P’s: Rise Ye Sunken Ships was, for lack of a better term, a deeply personal album that was born out of a tumultuous time. What has the distance from that period and the passage of time done for you as a band?

RA: Well it’s definitely brought all of us closer. I don’t know of you know my backstory, but  Pela broke up, and that’s when Augustines started and a lot of that was going on, and I wasn’t on Rise Ye Sunken Ships. Tom was, and Tom was very close to me, and that’s how I got to know the boys and tour that whole record. So, I was definitely there for all the post-stuff when we had to talk about it on a regular basis in interviews, which was tough. It was a very personal record and being asked to discuss that stuff is not easy.

I don’t think anyone expected that record to do as well, no one knew what to expect. It just sort of took off, and so I think it definitely brought us all closer.

We’re always next to each other, and that taught us a lot. It taught us a lot about people in general. People would come and tell us their stories and how the record had helped them and what they’ve done and what happened. That amount of compassion and sensitivity was really nice to see, nice to see that human side.

It’s a cycle, it’s all sort of comes around. A year or two into touring, the record got some good exposure, and we were seeing what had started out as this deep, personal record with tragic subject matter turn into this very positive, I don’t know what the word is, this very positive thing, I guess. We’d go out on stage and people would be singing and dancing, singing back lyrics, and you just turn very positive.  I wouldn’t say it was therapy, but at the beginning it was very difficult, and I guess you could say that it just got easier as we went on. We were getting that reaction from people and it was great and really amazing to see. That’s particularly why the new record has a more a positive vibe, because we wanted to take what we had seen and what we had learned and that energy we had been feeling, and go back to the studio and start writing songs, and that’s got a bit of a more uplifting feel, because of that.