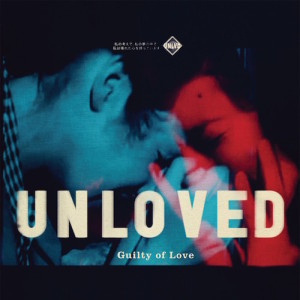 When three veterans of film and television score writing come together for a new project, their material will probably sound cinematic. The real question raised by Unloved’s album Guilty of Love was what sort of movie it would create in my head. With Jade Vincent’s sultry, devil-may-care vocals layered over the tremulous and airy production of David Holmes and Keefus Ciancia, the vibe feels like the musical version of a young Quentin Tarantino hypothetically directing Memento. The record blends SoCal surfer swagger with hallucinogens and a dose of deadpan voiceover. The catch is this: when I watch, say, a Tarantino flick, I’m not expecting emotional depth, because he’s all about stunning visuals and clever dialogue. But when I turn on Guilty of Love, I am expecting some feels. It delivers none.

Vincent’s spoken vocals help define Guilty of Love. They contribute to the pseudo-visual experience that the listening provides; effectively narrating the album’s loosely connected vignettes. For example, “When A Woman Is Around” conjures up the image of a nihilistic, Kill Bill­-esque femme fatale wearing sunglasses while driving down Santa Monica Boulevard after manipulating a man out of his money or his life. And I wouldn’t be shocked if Vincent were actually wearing sunglasses in the recording booth. “At the moment, you could say I’m presently optimistic … fuck the travails,” she drawls at one point, sounding as emotionally detached as a Bret Easton Ellis character.

Detachment pervades the album. Vincent’s languid vocal delivery amid the sparseness of songs like “After Dinner” and “Cry Baby Cry” creates a hazy synth atmosphere. When the subject matter calls for a dispassionate narrator, as it does on the tracks “When a Woman Is Around” and “Damned,” this aesthetic works perfectly and allows the audiovisual atmosphere to take over. “Damned,” in particular, expresses the James Dean-idolizing inner rebel in everyone: “Damned if you do, damned if you don’t/heart’s desire/hellfire.” You don’t listen to those lyrics and then have any qualms about doing something crazy.

But when Vincent sings about any non-nihilistic subject, she sounds insincere.

Just take the album’s title track. Over a backdrop of spaghetti western-influenced garage-rock, she sings “Wrong or right, I’m guilty of love,” but she conveys none of the emotion I need to feel moved by the song. Where is Vincent’s reaction? She’s neither remorseful nor defiant, settling for a Ben Stein-ian monotone that doesn’t invoke love. The same goes for some of the faster songs on the record. “This is the Time” revels in a moment of adrenaline but never achieves any deeper meaning than its title — I don’t care what it’s time to do.

The tracks do sound lush. Toward the end of the record, Holmes and Ciancia get more florid, expanding away from mere garage-nouveau into a gritty, aural variant of magical realism. “Silvery Moon,” if left to its instrumental devices, would fit right into Caspian’s post-rock soundscape. But it feels like the sonic stage has been set for some grandiose production, only for the actors to show up high on opiates and unable to slip into their roles.

The emptiness can be entirely appropriate during a few songs. But for  most of their debut album, Unloved comes off as half-baked and half-willed, indecisive about whether they’re trying to spur any emotional response beyond their stunning audiovisual veneer.