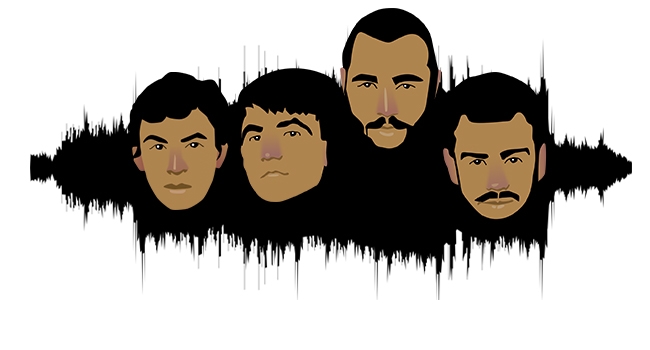 Ridgewood, N.J., group Prawn may appear to be another band from the emo revival scene, but its music resists easy categorization. Drawing from the supernova miniatures of Explosions In the Sky, the Midwestern math rock of American Football, and the baroque theatrics of The National, Prawn’s fusion of emo and post-rock sensibilities is refreshingly omnivorous.

Earlier this month, Prawn released its third LP, Kingfisher, on Topshelf Records. Kingfisher is a 10-song collection of sprawling, thoughtful, and propulsive emo that matches Prawn’s enduring ambition with an expansively rich sound.

Prawn is now on a month-long breather between supporting Into It. Over It., Foxing, and The Hotelier and touring with a Topshelf label showcase including A Great Big Pile of Leaves, Diamond Youth, and Field Mouse. Pop ’stache caught up with singer Tony Clark to talk about the influence of sailing on the album’s sound, the emo revival, and two of Clark’s favorite bands.

Pop ’stache: Kingfisher was released earlier this month. How’s the immediate reception been?

Tony Clark: It’s been really overwhelming. We’ve been excited about the record since we’ve been writing and recording it, but every review we’ve seen has been really positive. We’ve been getting 4 out of 5, 10 stars. I’d say we’re pretty excited and humbled about it.

P ’s: You wrote and recorded this album for over a year. How does that timeframe compare to Ships and You Can Just Leave It All?

TC: It was probably about the same amount of time—a year and a half to two years—but when we were writing You Can Just Leave It All and Ships, we were all still in college. We were only able to practice maybe twice a month and meet once a month to write. With Kingfisher, we had all graduated and had part-time and full-time jobs. We also got a practice space where we could practice all night. We just spent a lot more time and we’re much more meticulous with everything on this record.

P ’s:  Do you think there’s been a change in your songwriting process or your lyrical concerns since leaving college?

TC: Yeah, it definitely changes. We’ve gotten older, grown up a bit. We are all trying to start writing more intelligent songs. We’ve been writing together a lot more as a unit than individually. I would come up with a riff, bring it to the band and we’d all work on it. We had a member switch about two years ago and we got a new bassist and Kyle went to guitar. Our new bassist, Ryan, brought an entirely new element to the band. I think that’s why this record is more driven, bass-wise.

P ’s: There are definitely some bass lines that stand out. More than the bass lines, it seems like there are some pronounced orchestral touches. There’s trumpets, strings, synths, and just some genre departures. Do you see Prawn branching out from its previous sound?

TC: It’s kind of just been this natural progression of songwriting for us. We always attempted to incorporate orchestral elements on our previous records, but sometimes the violinist or cellist wouldn’t be available or our trumpet player, Matt, wouldn’t be available. This time, we planned it all out months in advance to get the guests.  Greg Dunn, who produced it, also had a bunch of ideas with synths. He has a side project called Ansible that’s mainly electronic and he incorporated a few ideas. They’re kind of layered in the back, but if you listen closely, you can hear them.

P ’s:  Kingfisher seems like it has a much stronger post-rock influence than your previous recordings. Would Prawn be interested in more instrumental songs or do you like having that emo foundation?

TC: We usually write all the instruments first and I’ll go back and write the vocals. That usually happens when we’re writing more post-rock, kind of bigger, more elaborate songs. I then go back and figure out if vocals fit or what a good melody would be. We actually released two straight instrumental songs back in 2012 that were supposed to be on a split that never came out. We’ve always talked about doing an EP that would be straight instrumental, but it’s just never happened yet. I’ve always been greedy and wanted to go put vocals on it. [Laughs]

P ’s:  In a Kingfisher track-by-track overview with the blog Property of Zack, you mention how you spent five weeks on a boat writing these songs. How did that experience inform the album?

TC: My mom moved to Greece five or six years ago. My mom has sailed her whole life, along with my dad. She grew up in Bedford, Mass., and sailed when she was a kid up until we moved to New Jersey. She gave it up for a while because of family responsibilities. She went through a lot of tough times the past 15 years or so, so when she had the oppurtunity, she said the hell with it and moved to Greece. That’s the short story of how I ended up sailing for a month last year.

She lives on an island and she met her current boyfriend, who owns a boat. They invited me over last June on a month-long sailing trip. I’ve previously sailed a little bit, but not much. I was on a boat for five weeks, just sailing for six hours a day and you just get into this routine. I didn’t have much else to do, so I just started writing. It wasn’t even lyrics, but just kind of thoughts, and they formed into some of the lyrics on Kingfisher. I really fell in love with sailing and being on the water. I didn’t really have any stresses of life. It was just the routine: waking up, sailing, having some wine, eating dinner, reading, writing. It was really great. 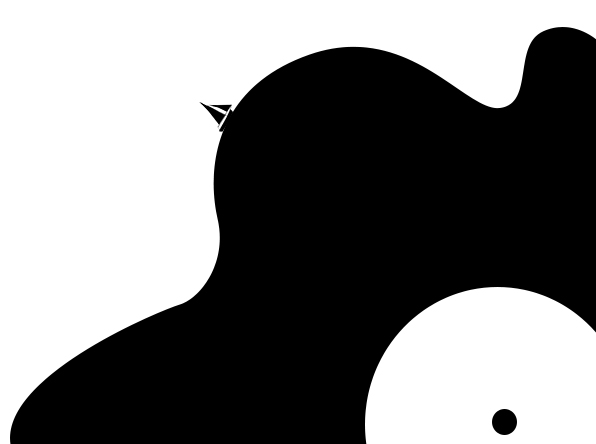 P ’s: Was that a reprise from a long touring period?

TC: Not really. We were still kind of in that transition stage of Andrew quitting the band and figuring out whether we wanted to keep going. Andrew was an original member since 2007 and the four of us are all really good friends. We always said if someone quit, we would just end the band, but Kyle, Jamie, and I had a pretty serious talk and we wanted to keep it going as long as we could. I started writing a little bit of Kingfisher at that point, but we took a little break. Jamie and I were living in Brooklyn, Kyle was finishing school, and we didn’t have a bassist at the time.

P ’s: In that same interview with Property of Zack, you joked that Rust Cohle’s infamous line about “time being a flat circle” in “True Detective” informs the theme of Kingfisher. Is there any truth to that?

TC: That was kind of a joke. [Laughs] I mean, we’re all big “True Detective” fans, which I think really kind of took everybody by storm. You think of Matthew McConaughey and Woody Harrelson starring in a serious detective movie and it doesn’t sound too appealing. When we were writing the record and it was really coming into shape, Jamie starts the album off with the hi-hat clicks and then he ends the record with the same hi-hat clicks and we were talking about how it’s funny that it’s this infinite loop with the hi-hat clicks from beginning to end over and over. It’s funny that you mention “True Detective.” The writer of that show, Nic Pizzolato, has the same name as the drummer from Moving Mountains and this entire “True Detective” season, Nic would constantly get tweets about the show.

P ’s: Whether it was intentional or not, the album does feel like an examination of time, with its hypnotic swells and the way the guitars intersect. Was this something you were thinking about while writing these songs?

TC: I got my degree in agrarian philosophy, so it’s kind of something I think about a lot, unfortunately. [Laughs] Especially while writing this album, time was going so slow and it was so relaxed.

It was a time of my life where I could just reflect on my past 24 years, so I think you get that sense in the lyrics.

P ’s: Topshelf is one of the labels who’s at the forefront of the so-called emo revival. Do you think there’s a community atmosphere at Topshelf that makes it attractive to these bands?

TC: It’s the only label we’ve ever worked with. We’ve been working with them since 2011. That was before they had any big recognition. We’re huge fans of them because we were huge fans of Grown Ups  and Pianos Become the Teeth, who were all on Topshelf before us. They’re just easy to work with. It’s been interesting watching the whole emo revival thing blow up, though. We started playing music when bands like Snowing and Algernon Cadawaller were huge. Topshelf was putting out records that sounded like that. We were going to all those guys’ shows and then they all broke up and the new wave came in and everybody’s like, “Emo revival, emo revival,” and we’re looking around like, “Well, it’s been going on for a long time.” I understand that Topshelf has gotten the emo revival label, but they’ve been doing it for so long. I’m sure they benefit from all the popularity, but they’ve been staying true to themselves for a while.

P ’s: Another band you’ve talked about liking for a long time is American Football, which recently reunited. Is that a band you guys would like to tour with if you had the opportunity?

TC: Oh, yeah, absolutely. We love American Football. That was like the first emo band I really grasped onto. I was 15 and heard “The Summer Ends” and it was all over from there.

P ’s: In the case of Explosions in the Sky and American Football, two bands that seem to significantly influence Prawn, what appeals to you about these bands?

TC: That’s a really tough question. I don’t really know. [Laughs] There’s definitely something with a band making you feel a certain way. I remember that Jamie and I saw them at Bowery Ballroom at a Temporary Residence showcase with Envy. We saw Explosions and I’d never seen a concert like that. It was so perfect live, it just lit up the whole room.

TC: We have the Topshelf tour. We’re trying to figure out if/when we can go back to Europe. We had a really amazing experience there in 2012. We haven’t hit the West Coast since 2011, so we want to do a full U.S. Kingfisher tour with a trumpet player as well. We had Conor from Foxing playing trumpet [on the last tour].