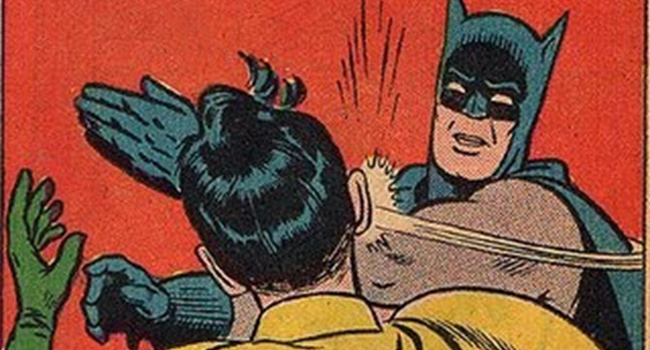 Why I Won’t Tell You My Favorite Band

The second I mention in casual conversation that I like music (or, god forbid, that I edit this website), there’s one question that whoever I’m talking to will immediately ask: “What’s your favorite band?”

In middle school, I would have told you Fall Out Boy (and I stand by eighth-grade-me’s decision). In high school, I’d go on an enthusiastic, and unsolicited, 10-minute lecture on why Jimmy Eat World was, quote, “so fuckin’ good, I can’t even put it into words. Here, just listen to ‘Disintegration’ and you’ll understand.”

Now, I simply say, “I don’t really want to have this conversation.”

It seems rude, but I know exactly how this line of talk will go if I let it continue. I’ll say, “Well I really love Obscure Band No. 1, and I’ve been listening to a lot of Obscure Band No. 2 recently,” and they’ll say, “I don’t know them. Do you know Obscure Band No. 3?” and I’ll inform them that I don’t, and they’ll tell me how it’s kind of like Iconic ’90s Band but with Some Other Bullshit influences and actually it was recorded in space and the bassist is a filing cabinet, so it’s really just the coolest, most unique band to ever exist. And I’ll politely pretend to care while secretly mulling over how to transform the contents of my fridge—a single block of pepperjack cheese—into a satisfying meal when I get home.

I’m bored with that conversation. I’m bored with trying to prove to everyone I meet how much I know about music when I’m actually content to just, ya know, listen to it.

Too many people see music as an instant bestower of personality, and bands as little badges they can collect to show anyone within a five-mile radius how interesting they are. To quote 6-year-old-me’s favorite artist, “That don’t impress me much.”

Let me be clear: I’m not talking about Audiophiles here. Audiophiles appreciate music, in all its forms (even rap and country), and genuinely want to talk about the nuances of their favorite songs for the sake of stimulating conversation. Badge Collectors, on the other hand, are more concerned with how their allegiance to any given band can help them feel superior to everyone else in the room.

It doesn’t help that the Badge Collectors’ currency of cool, these bands they listen to that magically make them worthwhile as people, have been painstakingly curated by industry officials. That’s the problem when your personality is a playlist: under the guise of a hardcore fan, you’re just a human-shaped hole waiting for opinions to be poured in by a marketing team. The bands you spout off now to prove your worth are the bands you’ll make fun of in one or two years’ time, once the populace has decided they’re no longer “underground” enough to be cool. (Mumford & Sons, anybody?)

So, no, I don’t want to swap our favorite bands—not when it’s just a front for each of us to judge how interesting the other is based on how much of the prescribed musical canon they’ve injected. There’s more to people—some people—than a series of musical preferences, so let’s stop making it the go-to conversation starter.