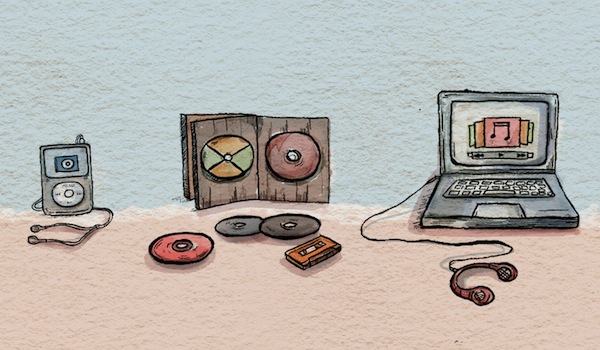 Sometimes a work of art is so powerful it invokes an emotional response completely unfamiliar. Never in my life have I owned a record player, nor a lava lamp, nor soft shag carpeting. Yet, last night when I downloaded Todd Rundgren’s Something / Anything? I became nostalgic for a time I was never a part of, overwhelmed by a rush of emotions tied directly to 1972.

I pictured myself picking the album up from the record store on the day of its release. I pictured my bedroom, with its groovy shag carpeting and floral pattern wallpaper, all illuminated by the single red lava lamp in the corner, where I would take the first LP out of its sleeve and, resting it on my cheap record player, set the needle down. Then I would listen to the double album all the way through for the very first time.

It’s an experience like this is one that—despite being entirely imaginary—I cherish deeply. It is not something that happens often. And sadly, with the habits of today’s musicians, it may not be an experience future generations will get to enjoy.

Music is simply not capable of communicating emotion across decades when its primary purpose is to passively fill a void rather than to be an experience in itself.

Take for example, the iPod Classic being discontinued. As I mourned the loss of what I consider to be the most powerful, efficient, and beautiful digital audio player on the market, I turned to my friends to share my pain, but their response was less than supportive. “Wait… people still own those?” They scoffed. I do of course, although the buttons don’t work like they used to and the hard drive is nearing its last revolution. But after giving it some thought, I realized that my friends have a point. As powerful as the iPod Classic is, why bother carrying it around when you can fit your favorite songs on your smartphone? As efficient as the iPod Classic is, who really needs 160GB of music in their pocket? And, as beautiful as the iPod Classic is, there are so many fancy new devices for us to spend our money on. So perhaps, after 13 years, it really is time to hand over the reins, but its discontinuation is nevertheless telling of a changing cultural dynamic that I am reluctant to welcome with open arms. 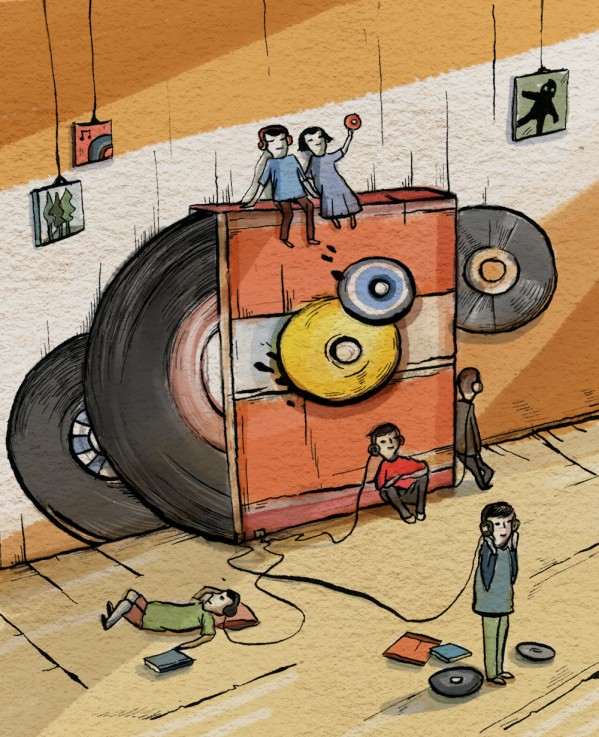 If we accept that there is no longer a market for the portable storage of massive media libraries, we then have to wonder what market is taking its place. Today’s consumers seem unwilling to treat listening to music as an activity. Music plays on the radio during the morning commute, or streams from Rdio, Spotify, or Pandora to fill the silence during a jog through the park. I’m sure many of us have used the abhorrent genius technique of leaving one earbud in and one earbud out so we can hear our songs and have a conversation at the same time. Our attitude toward music has come to reflect our attitude toward consumption and life experiences in general—favoring minimal investment and instant gratification. The music industry has thus far been happy to indulge our habits, with the iPod’s termination being only one example. Consider the many radio hits of recent years that begin with the chorus, and the legendary extended intro that is all but a distant memory now. As a release format, the hit single has arguably never been more popular than it is today (with the Motown era being one notable contender). And with the flexibility and reproducibility of MP3 files, we’re practically discouraged from listening to one song all the way through, let alone an entire album. It’s clear that Something / Anything?, a one-and-a-half hour double album with an independent thematic idea for each of the record’s four sides, would have considerable trouble earning our attention if it were released today.

The nature of modern media consumption is, admittedly, a topic that has already been discussed to death. The conclusion is always the same: for better or worse (but mostly worse), concept albums, double albums, and other old formats just aren’t viable in today’s market. As an artist, any emotion that you want to communicate to the listener now has to be done in four minutes or less. What is interesting, however, is that I may not be alone in my steadfast rejection of change. The nostalgic experience I thought to be extinct may have a resurgence on the horizon. For example, Songwriter Neil Young is developing a digital audio player whose focus is the storage and playback of high-quality FLAC files—something the iPod was never capable of. Despite looking like a Toblerone, the Pono player is certainly a step in the right direction.

There is more good news on the musical front as well, as psychedelic duo Foxygen is all set to release its third record, …And Star Power. Channeling its inner-Rundgren, the release will be a double album, all written, recorded, and produced by the duo. The songs the band has offered as promotional “singles” are more emotionally descriptive than any song in today’s Top 40. They illustrate in great detail a headspace that, despite never having experienced it before, I can very clearly imagine. The same can be said for the recent release from Tweedy, a new rock band started by Wilco frontman Jeff Tweedy and his son Spencer. Sukierae is notable not only for being a double album, but also for being the first album in the group’s discography, making it a dangerous leap of faith but one that Tweedy himself is hopeful about. He says, “An album is a journey. It has several changes of mood and gear. It invites you into its environment and tells a story. I enjoy albums, and I assume that if I enjoy them there must be others who feel the same.”

Choosing this mode of release is undoubtedly a risky strategy when industry trends are so actively working in the opposite direction. And, if their ultimate goal is to communicate a message or an emotion, it seems altogether self-defeating that they would do so through a medium most people do not have the patience for. But perhaps they have chosen this format because the longevity of their communicated message is more important to them than the scale of communication right here and now. Music is a stronger medium for expression than any other art form. There is value in preserving something most would consider outdated. The sacrifice and investment of such an ambitious project will surely be worth it in the end. The proof is in a kid, 45 years from now, experiencing the record from start to finish for the first time.