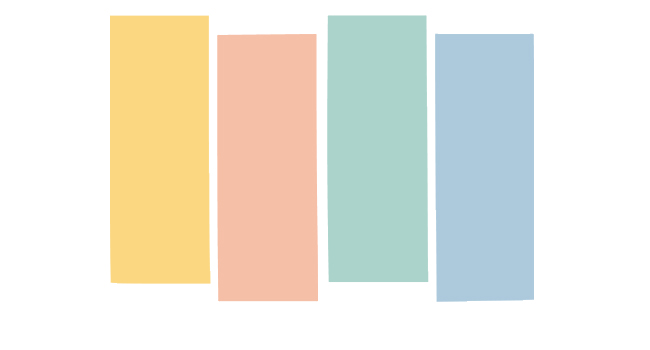 There’s been a noticeable shift among the more prominent punk bands, especially within the emo and post-hardcore realm, over the past year or so. The signs first appeared in the summer of 2014, when Tigers Jaw, widely considered one of the godfathers of the current emo landscape, released its third album Charmer. Then in the fall, post-hardcore mainstay Pianos Become the Teeth released its third LP Keep You, which was followed by Title Fight’s third album Hyperview in February. Most recently, emo/punk up-and-comer Turnover dropped its sophomore album Peripheral Vision back in May.

What do all of these albums have in common? Each feature the band undergoing a major shift in sound in order to explore the mellower side of their songwriting or technical abilities—or “going soft,” as many would claim. Naturally, responses have been split, with fans and critics either praising the bands for venturing into new territory or decrying them for devolving into what some describe as “bland, inoffensive indie rock” and “like a faceless, ’90s college rock throwaway band.”

But does a band really cease being punk if it shifts to a less aggressive sound?

Such a claim wrongly assumes that there is one uniform “punk” sound. The punk family tree is humongous, and given subsections like post-punk, shoegaze, and anti-folk, raw distortion is hardly the only sonic approach worthy of the punk distinction.

The Replacements are still classic punk material, though they stopped being a hardcore band. Joy Division relied heavily on the bass and keyboards that grew to be synonymous with ’80s New Wave, and to this day it’s still considered one of the godfathers of post-punk. My Bloody Valentine abandoned traditional distortion in favor of the wavy, atmospheric tones that became shoegaze, and now it’s considered a game-changer rather than a detractor.

Pure aggression does not define what is and isn’t “punk.” That is determined by a band’s approach to touring and music making, its ethos (which often bleeds into the lyrical content), and the sense of anger or dissatisfaction with the world as it is that lies at the heart of punk music. Punk is, at its base form, about change, be that a corrupt system or exorcising personal demons, so it’s only natural that some bands will decide to shift their sound at one point or another.

Pianos Become the Teeth left the screaming vocals and the manic, ferocious passages behind on Keep You because the record’s theme, singer Kyle Durfey coming to terms with his father’s passing, called for a more somber, restrained approach. On a similar level, Tigers Jaw gravitated toward moodier indie rock to better accompany the dark cynicism within many of Charmer‘s lyrics. If the thematic or lyrical content changes, then it’s only logical that the music would adjust accordingly and vice versa.

It’s hardly a new concept. Both The Replacements and Hüsker Dü started out as hardcore bands, and Ceremony’s new album The L-Shaped Man is a far cry from its hardcore/powerviolence past—so getting upset about the bands in transition right now seems directly against the philosophy of the genre when one takes in the big picture. We may feel more attached to the sounds of this generation’s bands because they resonate the most with us, but that doesn’t give us grounds to invalidate any progression those bands might undergo as time passes.

All we can do is accept that most punk bands worth their salt are constantly evolving. It doesn’t mean they stop being punk, because there is no one “punk” sound. There will always be people who latch onto a band’s first sound and denounce anything else as disingenuous pandering, but they’re missing the point of the genre they claim to defend. Being punk means seeking change, and sometimes that change comes with a softer touch.