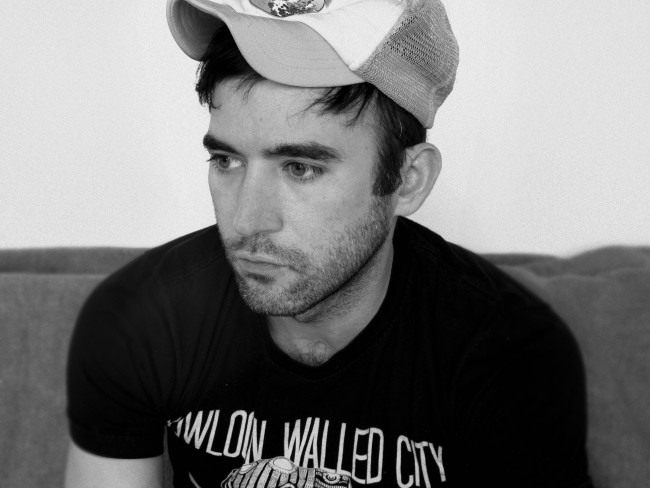 Now on tour for his seventh album, the rapturously reviewed Carrie and Lowell, Sufjan Stevens has been afforded an incredible amount of luxuries in his stage show. He has a seizure-inducing light show that rivals most EDM heavies, an expansive video accompaniment that brings together both home movies and abstract music videos, and a talented band that specializes in soaring rise/fall dynamics.

And yet, the most exciting moment of the three-hour set at the Chicago Theater on Saturday came during a victory lap encore of Illinois favorite “Casimir Pulaski Day.” After starting the hesitant strum and opening his mouth, Stevens laughed and admitted he forgot the words.

While the rest of the set was agonizingly worked over to the point of insincerity, in this moment, Stevens was warm and genuine.

Back in the time of 2010’s Age of Adz, Stevens had expressly made an album about the destructive powers of creativity and indulgence, an album that was as prone to hushed folk as to 20-minute autotune exorcisms. On stage during that tour, the excess of interpretive dancers, neon-gilded outfits, and hyper-kinetic video gelled completely with the jumbled, splattered electro-folk that accompanied it.

This time, Stevens has opted for a more explicitly religious experience. The stage prominently displayed video silhouettes arranged to recall cathedral windows or a gigantic pipe organ while blinding white light shined on Stevens and the crowd, and hymnal-style melodies connected the set. After about the fifth song, the live reimagining of the album tracks became far too transparent, though still undeniably beautiful. Nine times out of ten, the songs would begin with Stevens performing either a piano or an acoustic solo before bringing in the band for the song’s climax.

Sound-wise, the schematic is very comparable to either Bon Iver or Sigur Rós, but the problem is, these climaxes were all based on texture, building to an aesthetic peak rather than trying to create melody.

That feeling of repressed passion fits in well with Stevens’ sensibility, but it also ends up feeling like filler at a certain point.

There were a few outliers, such as an unexpectedly noodle-y and jazzy version of Seven Swans highlight “Sister,” a synth-heavy revision of “The Only Thing,” and a version of “Carrie and Lowell” that sounded like ELO, but the set list was brimming with conservative renditions of songs that went into borderline tangents when they rose to their noisy ends.

Still, there were flashes of brilliance in the conception of the stage show. One of the best (and most heartfelt) moments of synthesis came during “Carrie and Lowell,” which began with split frames of home video of Stevens’ mother and father as children before bringing the two images together during the chorus, played over video of their wedding. Over the light-as-a-feather picking, it communicated a weight that the rest of the show rarely did, bringing the album’s theme of family and identity through with two generations of Stevenses on-stage. Stevens’ fame has allowed him to make a show worth talking about, but by the end, it’s not the overwrought decorations that stand out, but his nakedly insightful songwriting.