Home → Blog → Requiem for a shithole 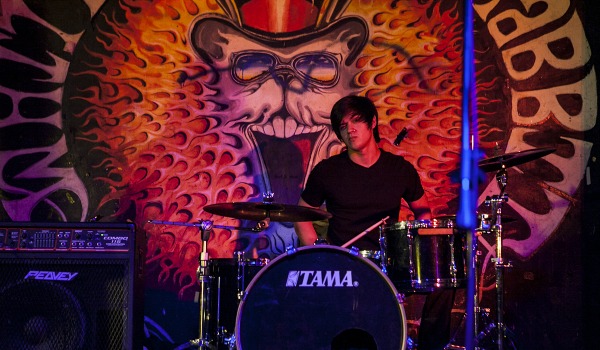 Requiem for a shithole

A girl I was hopelessly in love with told me that the first time I stepped into The White Rabbit. I didn’t know what she meant. How would she be aware of the state of a men’s room? After Noted Band That Nobody Remembers This Providence finished its initial set and I felt the urge to relieve myself, I conveniently ignored her. 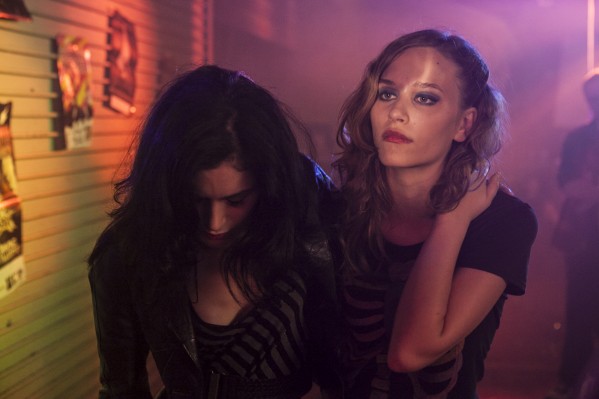 I would make bigger mistakes, at the same venue in fact, but none would stick as tangibly as that one. Not only was the men’s restroom at The White Rabbit on North St. Mary’s Street in San Antonio a decrepit pile of moistened peeling wallpaper, but the detritus littering the floor was “drug chic.” I had seen a blackened heart, a rotten core at the center of a still breathing, gestating mass and couldn’t look away.

I held it. Of all qualities it would spew forth from its tattooed visage or its mangled audio equipment, The White Rabbit was never forgiving. It took something, each time a little bit more until going back was the only thing that felt natural; The White Rabbit had carved a space out in my heart, similar to the way junkies and straight edge vagrants would carve their space into its. Dragged down into the muck, both the concert goer and the venue.

The White Rabbit closed on the 28th of December, 2014. It won’t be closed for long. Marching along to what has become a mantra for many for the old familiar places along the center rim of an expanding, living city like San Antonio, the Rabbit’s front page will be whitewashed and turned into something alien and innocuous, but more immediately accessible and enjoyable. The bathrooms will probably benice, considering. 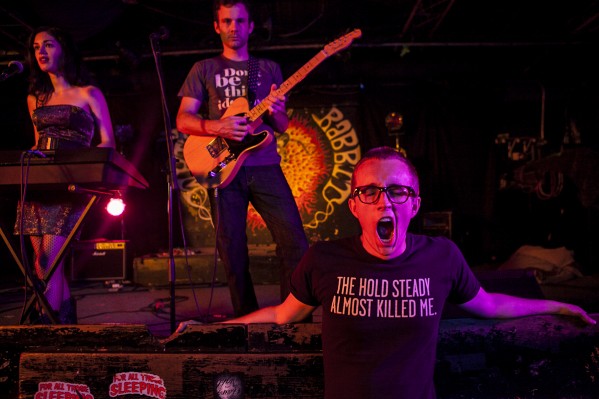 A newer, more J. Crew’d demographic will find their way across the street after taking a couple too many from Joey’s. They will probably find some singer songwriter from North Texas who, after almost making it to the stage on The Voice, parlayed their chops into something resembling a record deal from the mid-1990s. They will be perfunctory; they will probably have vinyl and a cute shirt. You will probably listen to them on Spotify a few times, maybe include them on a mixtape you are making for your significant other who lives behind somebody’s house above the garage in South Town. It will be nice.

All this, of course, isn’t meant to sound bitter. There were plenty of times when stepping into the main stage pit during a local band night could get you damn near killed. San Antonio is not known for many modern musical success stories—certainly not the sort The White Rabbit would be able to take any kind of credit for. Instead, all varieties of metal and doom could be found there. Howls, yelps and guttural bellows being absorbed into the walls; poorly tuned guitars careening through a sea of skinny teenage frames. The pit, where in March you’ll probably be able to find couples who just found a babysitter at the last minute, was a turbid mass of arms, accelerated to unhealthy speeds like windmills on each side. All the better to get out those serious feelings you have in your heart, kid. And if somebody gets hurt in the process… eh, you can probably take the hit.

In truth there are a lot of pieces like this floating around the minds of writers all across the country who are watching their little rotten pieces of home get a fresh coat of paint and a different atmosphere. I doubt I was the only one who, hunkered down in my car out of fear of going to stand in line with (another) girl I was hopelessly in love with before The Academy Is… performed, screamed bloody murder when one of the scene queens I barely knew banged on my window and reminded me that she was a “SEX GODDESS.” Teenagerdom feels so solitary and unique for its entirety that many can be fooled into thinking that it’s actually unique, or needs to be solitary. While other kids were playing sports or studying for finals, some kids congregated at The White Rabbit to show just how lonely and unique they were.

A venue like this wasn’t so much a place to become part of a community as it was a place where the community was anarchy and as such chaos reigned.

A few years ago the co-founder of Pop ’stache, Andy Keil, asked me what I wanted to do with my life. I told him, because I meant it, that I wanted to write movies and make movies. He, being of the somewhat “yolo” variety, asked me why couldn’t I? I stammered to conclusions, but as passing days gave way to the realization that I was fooling myself, I set about to do what I had always dreamt. I struggled with subjects; sci-fi, period drama, comedy. Two months into a commitment I thought I was prepared to make, I had no idea where an idea would come from.

Which is, of course, when I thought of The White Rabbit. I thought of Kacee, Kady, Morgan, James, Travis, Tavis (yep), Chris, Other Chris, Aaleen… all these people I had shared an experience with, and how they all seemed to revolve around suburban misbehavior and this one small music club just east of San Antonio College. I remembered sitting on the back bumper of vans, refusing cigarettes as the (yet another) girl I was hopelessly in love with bummed one from the lead singer of The Panic Division, who by the way are probably the most famous San Antonio music export this past decade aside from Sebastian De La Cruz. I remembered kissing one of the girls on the wall beside the freight exit where bands like Waking Ashland would load out and probably ask you where the nearest Whataburger was. I remembered going there to see my cousin play in his band and dedicate a song to one of the girls in the audience and thinking that if I could only do that, surely I would get laid. 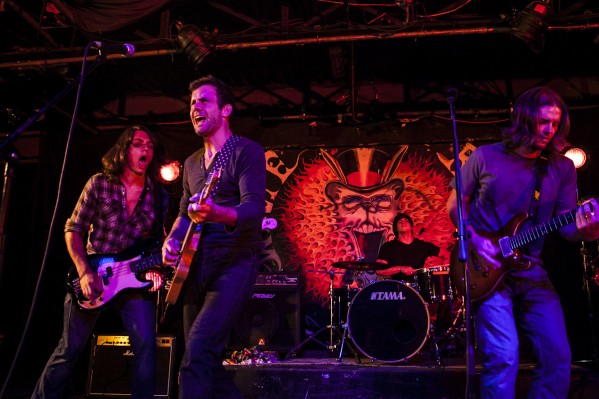 I made a movie about The White Rabbit. It’s not perfect and it’s sometimes inscrutable and withholding and begs only for the viewership of the people who will get the jokes… but along the way I realized that sums up The White Rabbit well too.

Realizing that what came before this sentence could be construed as some rallying cry to stop the metamorphosis of The White Rabbit into Milennial Music Venue #214159, I feel obliged to say it is not. But what The Rabbit has taught me over the years of being a fleeting, nebbish virgin in the scene to a sarcastic, mildly talented director is that sometimes the best things in life are shit.

I keep thinking about that bathroom and it’s female counterpart which, though cleaner and painted bright pink, still had stickers lining it saying “booty smell good doe” and had long before my time lost all doors on the bathroom stalls; the brightly lit cocaine caked soul to the needled, putrid men’s heart. Places like that don’t get that way unless their lived in, emoted upon, and stretched to fit the needs of their denizens. What many of the kids in San Antonio, including me, needed was a place to go be sad and angry and depressed and stoned and horny and happy and tired and drunk and shitty. Maybe The White Rabbit didn’t start out with the intention of being that place, but it was one. The kids will find somewhere new. Maybe some other cracking storefront with an adjacent pizza parlor. Maybe Reddit. But as I grow into the age of the target demographic of this new, shiny whitewashed music venue, I become ever more grateful for The White Rabbit and its shit.