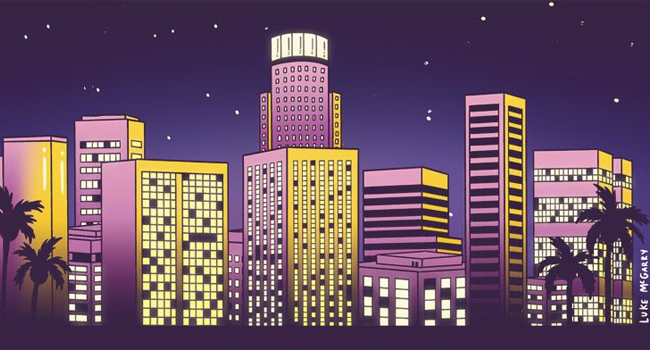 Seven Bands Not to Miss at FYF Fest

LA’s premier music festival, FYF Fest, is back for 2015 on the weekend of Aug. 22-23, and it’s got quite a few hidden gems. Sure, a lot of people will go just to see their favorite grumpy singer Morrissey, or festival darlings Run the Jewels, but think of all those other bands on the bill—you know, those ones in the little font that all sort of blend together. How do you know which ones are worthwhile? It’s pretty overwhelming, so to help you make a proper executive decision amongst your friends, here are seven bands you shouldn’t miss at FYF Fest.

Ever since Toronto-based band Alvvays (pronounced “Always”) released its self-titled debut album in 2014, it’s been touring nonstop, and it’s easy to see why. Alvvays has written some of the most infectious pop songs in the last few years, so much so that you’ll have their song “Archie, Marry Me” in your head for months. Singer-songwriter Molly Rankin writes bare, but honest, lyrics about everything that’s hard about falling in love. Be sure to catch Alvvays at FYF Fest, because they won’t be in LA again until at least next year.

While definitely one of the most mellow and tender musicians at FYF Fest, Tobias Jesso Jr. doesn’t need overplayed guitar solos and racing drums to keep his audience attentive. His music is reminiscent of a less gritty, smoky-piano-bar-era Tom Waits, but with just as much soul. When Jesso Jr. gets behind the piano, out pour some of the sweetest melodies in the lounge act genre, complemented perfectly by gorgeous string arrangements and bare, tasteful drums. Take a break from the heat and lavish yourself with Jesso Jr.’s inevitiably fantastic set.

Fresh off an indefinite hiatus and a minor lineup change, this year Thee Oh Sees released Mutilator Defeated At Last, which features, as always, expert musicality and energy that’ll burst through the speakers. Thee Oh Sees have been together for well over a decade, which shows in their fast-paced garage rock that lacks any sign of sloppiness. Their set is sure to be passionate, memorable, and adrenaline-fueled.

This year, Unknown Mortal Orchestra put out one of its most experimental records to date, which explores a confusing and unusual relationship between three people. Pulling mainly from funk influences, Unknown Mortal Orchestra heavily relies on ’70s rhythms and singer Ruban Nielson’s incredibly high falsetto. The band’s sound gets especially interesting when it mixes funk with shoegaze elements, like drowned-out vocals and blurry instrument production.

Phoenix’s very own folk-punk band, Andrew Jackson Jihad, is never a letdown. With funny, unbelievably honest lyrics and surprisingly catching melodies, Andrew Jackson Jihad never backs down from its aggressive, yet hilarious sound, often using kazoos and other children’s instruments to accompany singer-songwriter Sean Bonnette’s cutting lyrics about the patriarchy and his bouts of depression. Though Andrew Jackson Jihad usually plays stripped down sets with just an acoustic guitar and stand-up bass, it’s been touring as a full band recently, so be sure to catch them all together while you can.

While Lower Dens definitely has the essence of dream-pop, like chiming keyboards and lush guitar parts, it also goes into primal territory at times, which should make for an intriguing live show. The band experiments with a variety of borrowed ’80s tones, and reaches for influence from artists like PJ Harvey all the way to Iggy Pop, but what really sets it apart is singer Jana Hunter’s pristine, angelic vocals. Stop by to see Lower Dens for some introspective pop songs that’ll let your mind wander for a little while, allowing you to take a break from all the chaos.

You might have heard of Mikal Cronin recently for having comedians pay tribute to old music videos (like the hilarious take on “You Can Call Me Al” by Paul Simon). But with his complex, driving pop songs, he’ll keep you intrigued long after the gimmick has died. Like many other artists on this list, Cronin’s music is catchy, but what sets him apart is his edge; his music is filled with driving drums and what is likely every distortion pedal available on the planet. Fans of revival garage rock absolutely need to check out Cronin’s exciting, fuzzed-out set.