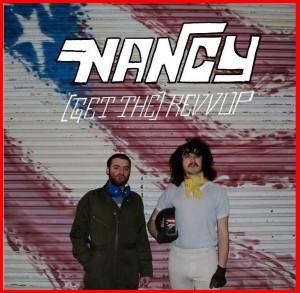 Brooklyn two-piece Nancy is palatable pop punk, but don’t call it pop-punk. Having just completed a seven-day-long east coast tour with Chicago locals and Eat the Life labelmates Thumbsuckers, Nancy has released a one-two punch of infectious tracks for an upcoming 7″, the former of which appears here now in all its punk ‘n’ roll glory. Between the new material and last year’s self-titled demo tape, there’s no excuse for ignoring this band.

The songs from Nancy’s “(Get the) ReVVup” 7″ record are available for download from the Eat the Life bandcamp page.