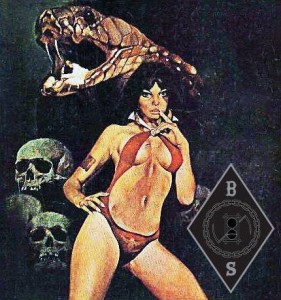 If you’re anything like us, you’ve always wondered what Dopesmoker would sound like with crazier drum fills and 13 Songs-era Ian MacKaye contributing vocals (that is, if he was more into wizards and that sort of thing). Well, toss in a little Uriah Heep and some serious Sabbath worship and you’ve got your answer: Blood Shaman, out of Kansas City. The four-piece is relatively new to the scene, having just released their first batch of recordings last month– but the boys are tight, the tunes are evil, and that’s all that really matters anyway.

Blood Shaman’s self-titled release is available for download on Bandcamp.