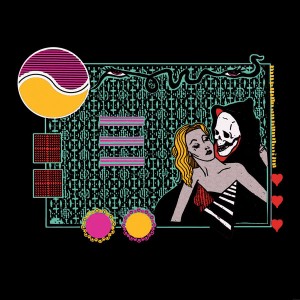 The Ukiah Drag – “Her Royal Grip”

Call it death rock post-whatever psycho-indie-blues if you want, we know at least one thing: The Ukiah Drag is smooth as goddamn silk. The band, split between Rhode Island and Florida, offers up over half an hour of Jungian melodrama on a new LP, “In the Reaper’s Quarters.” Macabre as it may be, the record is better suited for after Halloween, during that very special two-to-three day period when you’re fetal on the ground, still wearing bloody face paint, and stuffed full of candy to the point of peyote-like hallucination.

“Her Royal Grip,” and the rest of the album, can be streamed on Bandcamp.